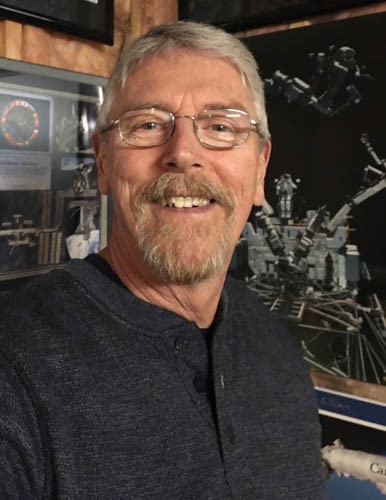 Bill Mackey began his 30+year career in space at Spar Aerospace Ltd (now MDA) in Toronto as a systems engineer responsible for the Mobile Servicing System architecture and the user interface for the Canadarm2 and Dextre robotic systems on the International Space Station (ISS).

Bill joined the Canadian Space Agency (CSA) after 12 years with Spar as a member of the first Canadian Flight Control Team at NASA’s Johnson Spaceflight Center (JSC) and soon became the lead Mission Team Manager for CSA and eventually the head of the CSA Liaison Office at JSC.  Bill was honored with the privilege of giving the ‘Go for Launch’ call as the international partner representative for Canada for almost 30 Shuttle assembly flights of the ISS during his 13-year posting in Houston.

Bill served as the Counselor for Canadian-U.S. Space Affairs at the Embassy of Canada in Washington D.C. for 5 years before returning to CSA Headquarters in Montreal.  Bill has recently retired from the Canadian Government and resides in Kingston, though he is currently employed part-time by CSA, and is consulting on space exploration commercialization and technology transfer opportunities pertaining to the future international lunar exploration campaign.