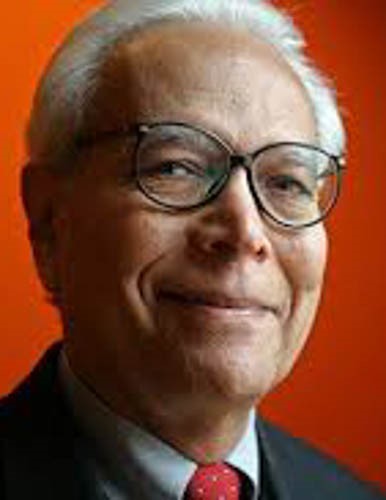 HOW IS THE GLOBAL PANDEMIC IMPACTING ON THE MUSLIM COUNTRIES

Significant developments have taken place in the Middle East and elsewhere in the Muslim World in recent years.  These have added to the age-long strife and instability in these countries which are home to a quarter of the population of the world.   All these political fissures and conflicts have been exacerbated as a result of the social and economic fallout of the on-going global pandemic.

The response of the Muslim countries to deal with the pandemic has been mixed.  Naeem Hassan, a retired career diplomat and political analyst specializing in the Muslim World and South Asian affairs, will develop these topics at our September meeting.

Naeem Hasan is a retired career diplomat and political analyst specializing in the Muslim World and South Asian affairs. Besides his student days at the American University in Beirut, when he was also a part-time journalist, he has spent a good part of his 35-year diplomatic career in the Arab world on assignments in Turkey, Iraq, Saudi Arabia, and Syria (as Ambassador). He was also posted in the Pakistan Embassies in Prague, Belgrade, and served as Ambassador to Sweden with the concurrent charge for Iceland, Estonia, and Latvia.

He did a long stint in senior positions, including Chef du Cabinet of the Secretary-General at the Jeddah based Organisation of Islamic Cooperation (OIC) – the Muslim UN with the membership of 57 countries. During this period he traveled extensively on official missions over the entire Muslim world spanning from Indonesia to North Africa. He was the OIC’s point man for dealing with the UN and other international and regional organizations.

Naeem also served for three years as Secretary-General of the South Asian Association for Regional Cooperation other official and business decision-makers of the then seven-member countries (Bangladesh, India, Bhutan, Nepal, Sri Lanka, the Maldives, and Pakistan). During his tenure, a number of regional initiatives were undertaken, including the signing of SAFTA (South Asian Free Trade Area) and several MOUs on the cooperation of SAARC with other organizations such as CIDA, EU, ASEAN, and UN agencies were concluded.

He holds a Masters Degree in Political Studies, MPA (Masters in Public Administration), and MSC in Defence and Strategic Studies. He is a Canadian citizen permanently residing in Oakville since 2002, prior to which he had been a frequent visitor to the country since the early seventies.

Naeem is currently Advisor at the Canada-Pakistan Business Council (CPBC). His in-depth knowledge and behind-the-scenes experience can help us sort through the risks and prospects of working or investing in the Middle East and gain a more profound understanding of the differences in the Muslim culture in various countries. If you want to go beyond the headlines and gain a deeper understanding of the Muslim world, join us to hear the straight talk from Naeem Hasan.